Inside the Extra Ordinary

In 1890, Claude Monet began a succession of paintings depicting a neighbour’s field of haystacks near his home in Giverny, France. The series, which was to become one of his most well known, showed the stacks of hay from different points of view at different times of the day over a period of several months. Intended as an ensemble, rather than as individual pieces, the series records the subtle shifts in colour and tone that occur over the passage of time and the progression of weather, and is rendered with an attentive scrutiny that belies the commonplace ubiquity of the subject matter.

This same attentive observation of everyday occurrences is evident in David Blamey’s audio track Nothing Happens. The composition consists of documentary recordings of sound events in a garden in the South West of France. The tweets, clangs, drones, pops and whirrs of birds, insects, frogs and a gutter’s girth giving way in the afternoon heat with a loud ‘twang’ have been recorded over the course of one summer day, from morning to evening, and condensed into a nine-minute piece.

Blamey’s artistic practice has frequently consisted of a process of isolating, adjusting and framing in order to re-assess and reinvent established orders and systems. With Nothing Happens, he transposes this process from the visual realm to the aural. Sounds so omnipresent we generally hardly hear them have been singled out, isolated, amplified and repeated. The resulting sonic snapshot is both subtle and hypnotic. Ocularly, one might achieve a similar effect by half-closing and opening one’s eyes, so that only small chinks of colour and tone are registered momentarily on the retina.

In today’s aurally overloaded culture the constant backdrop of noise can make small, ordinary sounds hard to hear. It is demanding not to attune our attention only to loud noises and grand gestures, to the fissures rent in the fabric of the habitual and mundane. In his essay ‘The Infra-Ordinary’ (1973), the French author Georges Perec asked: ‘How should we take account of, question, describe what happens every day and recurs every day: the banal, the quotidian, the obvious, the common, the ordinary, the infra-ordinary, the background noise…?’

Continuing an artistic tradition of documenting the world outside one’s doorstep that could include Jan Dibbets’ The Shortest Day at my House in Amsterdam – 80 photographs of a room taken at intervals over the course of a day – or Josef Robakowski’s From My Window, in which the artist filmed a public square outside his window for 22 years, Blamey’s answer to Perec’s question is to celebrate and immerse oneself in the small moments when ‘nothing happens’. Rather than bringing the overlooked to our visual attention, he asks us to bring the ‘less-heard’ into our aural purview, to open our ears and become more aware of each sonic moment as it fleetingly passes us by. Perhaps a lot goes on when ‘nothing happens’.

The acute observation of a momentary auditory landscape is similarly pursued in Blamey’s Charcoal Bell. As the title indicates, the piece consists principally of a recording of the sound of a piece of charcoal burning, overlaid with the intermittent bucolic tinkling of the brass tongues of animal bells and the creak of a mechanical toy bell being played. The charcoal, which was found in an empty house in France, was presumed to be 100-years old. Listening to the sound of the graphite carbon splintering and popping like shards of glass in the heat, it is hard not to imagine the condensed specters of a century being released and exhaled.

When they were first exhibited, it was hoped that the popular acclaim garnered by Monet’s haystack paintings would help preserve rural traditions in France during a time of rapidly expanding urbanisation. A sense of nostalgia for a pastoral ideal is not entirely absent from Blamey’s Nothing Happens and Charcoal Bell. And yet, the use of mechanical processes to frame and mediate these sounds is tangible in both pieces, not least due to the curiously technological hum these ‘rural’ sounds appear to emit. Synthetic-sounding buzzes and cracklings dominate both tracks, recalling the static hum of white noise interference in radio reception and dissolving any notion of a discrete boundary between the ‘natural’ and the ‘mechanical’. A fitting confusion, perhaps, for an artist who lives in one of the world’s largest metropolises, and whose ears might well strain to find the familiar in alien surroundings.

The everyday may be harder to hear by nature of its repetition and omnipresence, but when we isolate the small sounds that make up our daily lives and listen with immersive attention, new sonic landscapes begin to form. With this work, Blamey has created an artistic experience out of the immaterial, audible environment that is common to us all. By doing so, he defamiliarises our habitual surroundings and asks us to celebrate each ordinary instant. 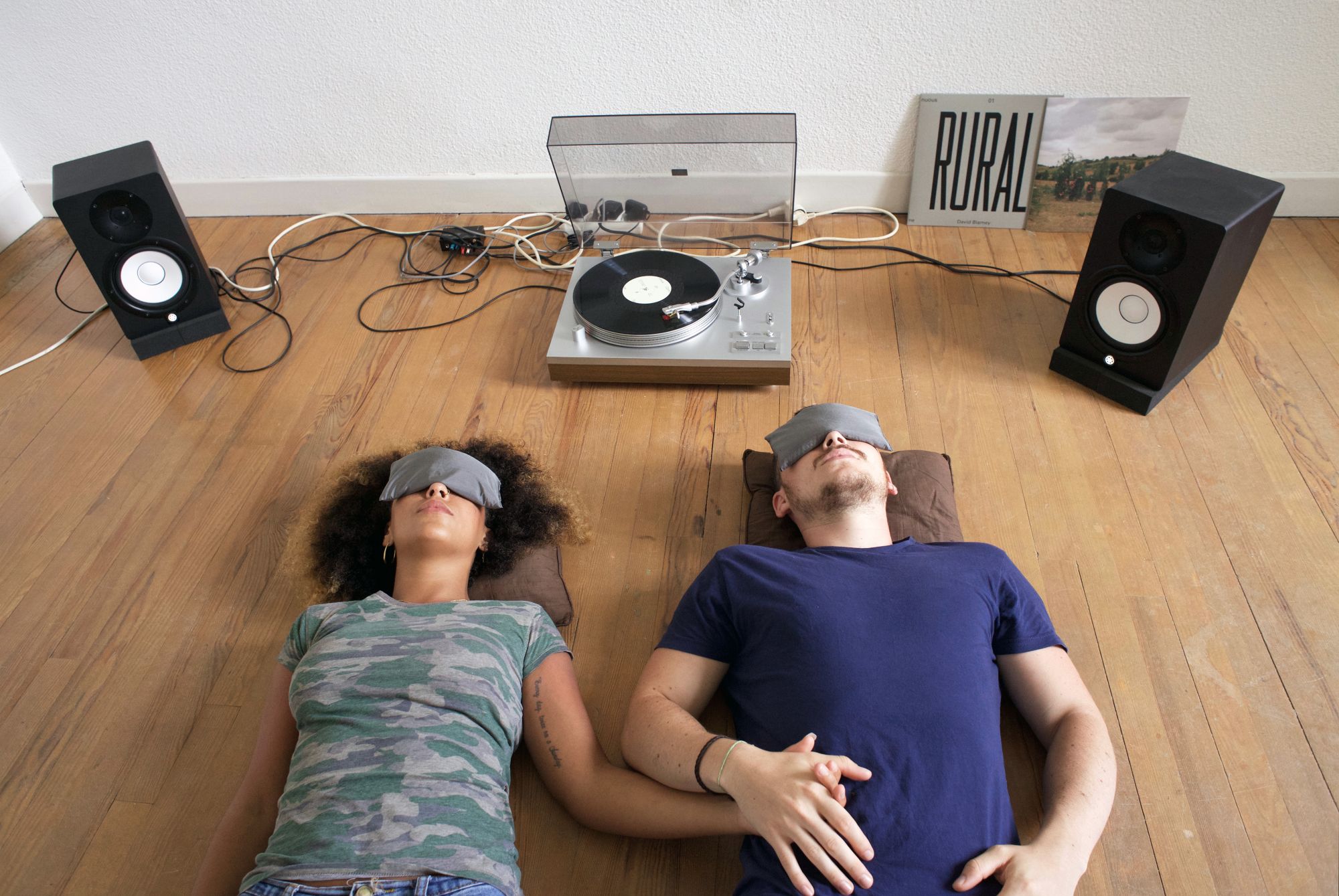 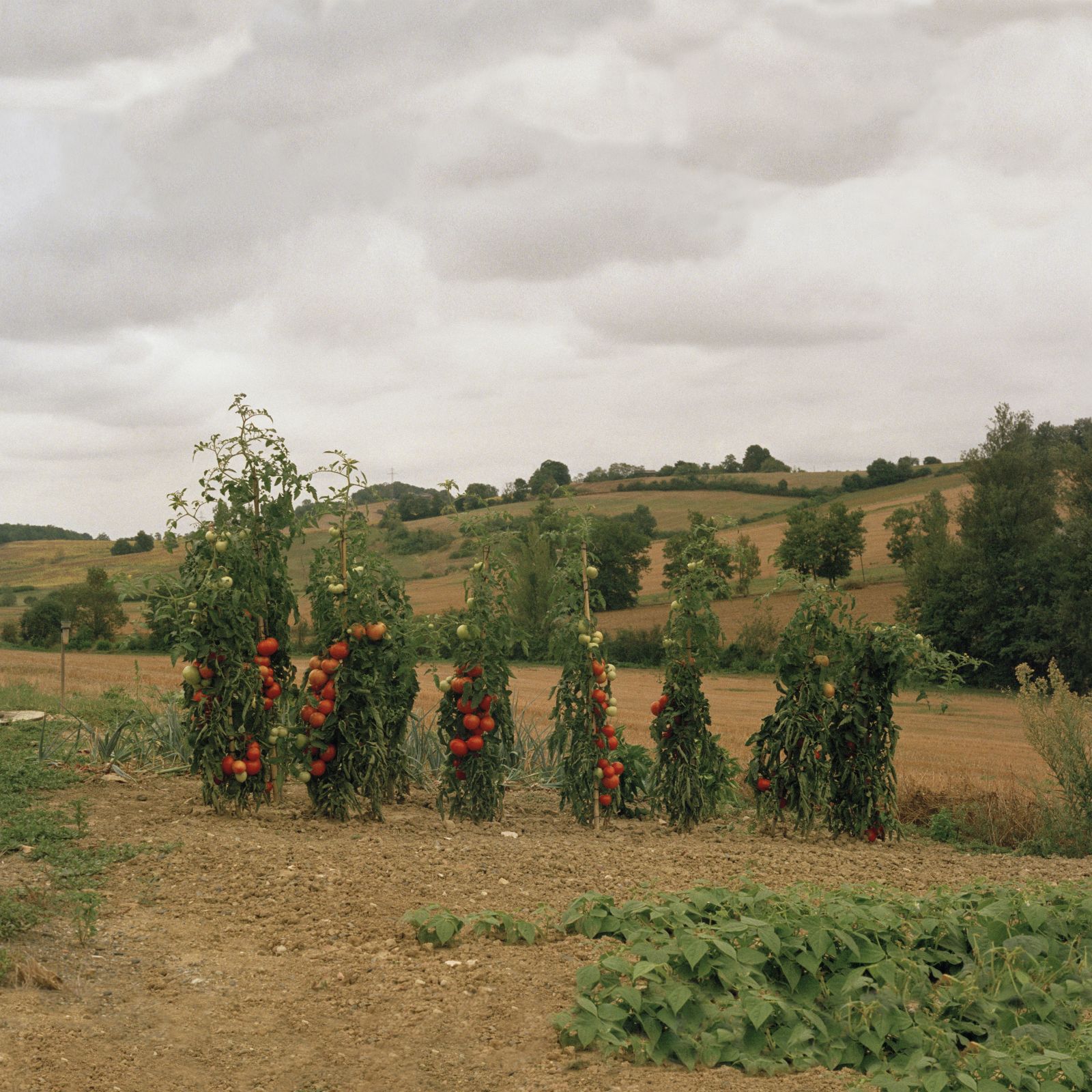 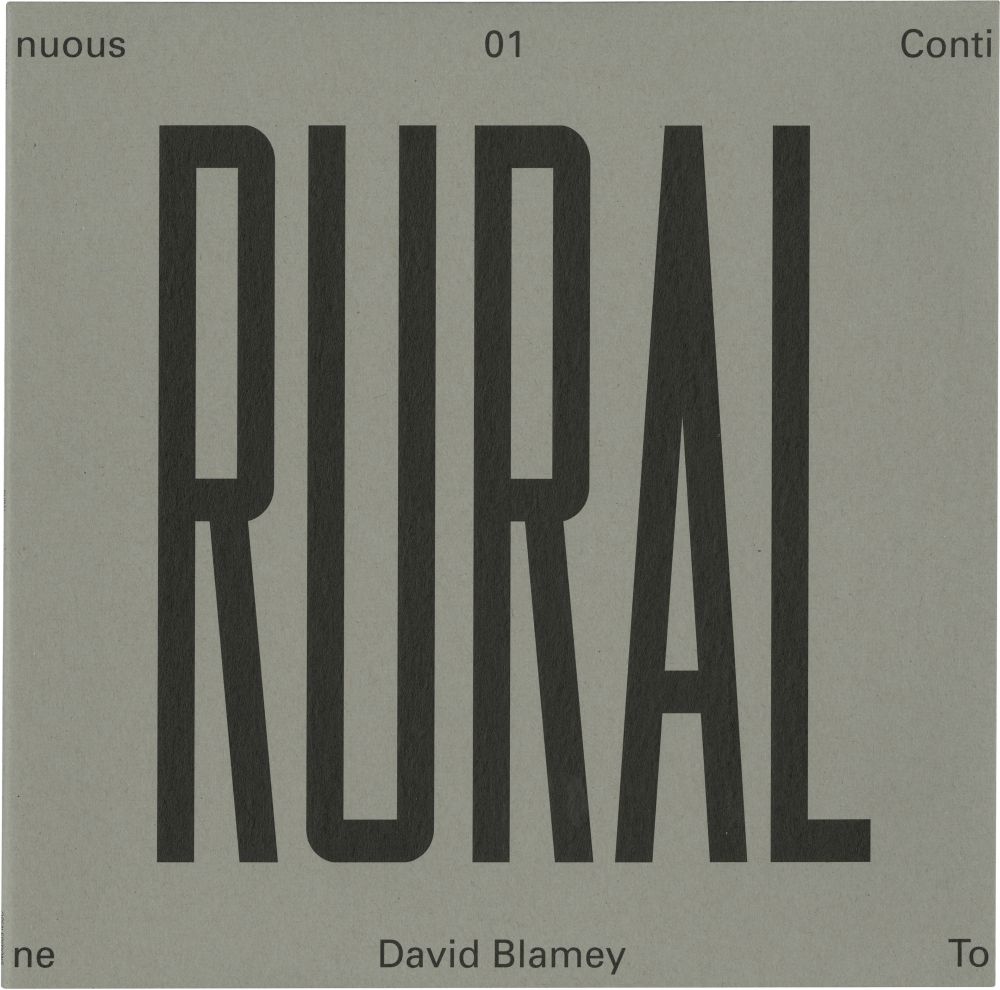 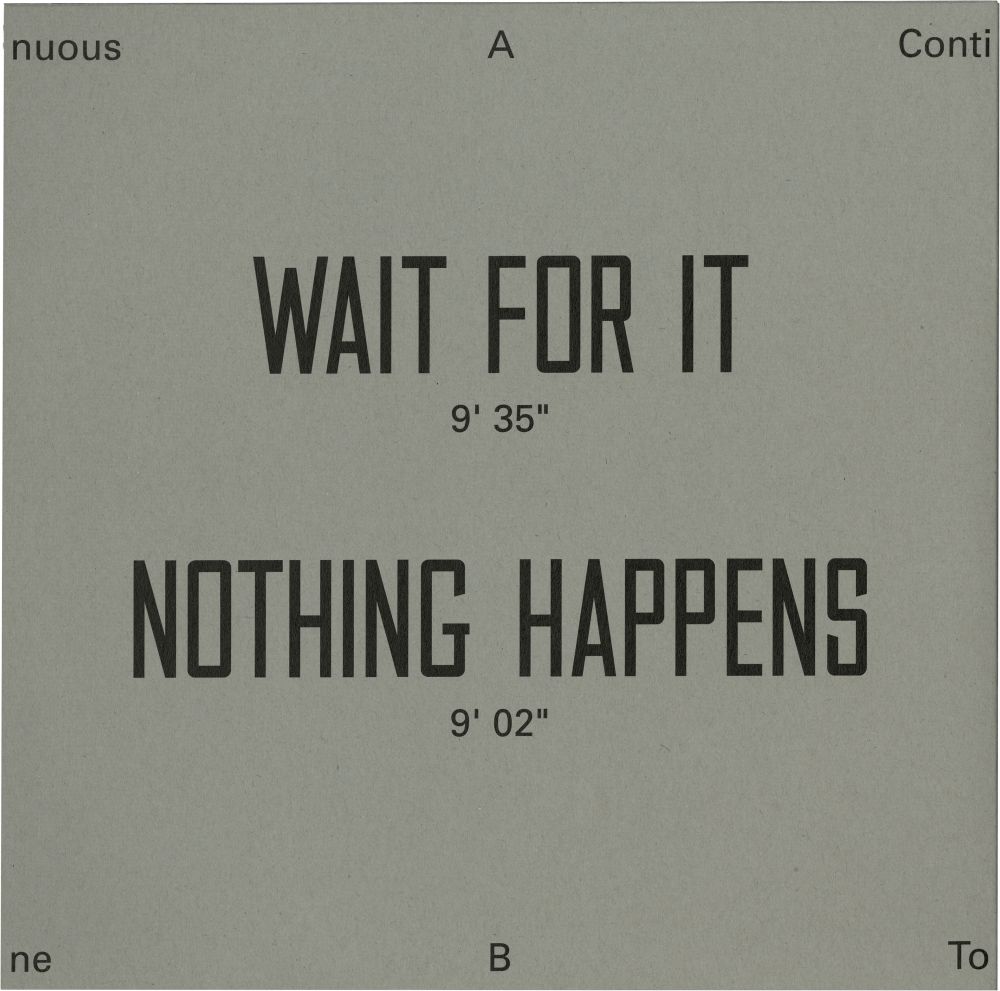